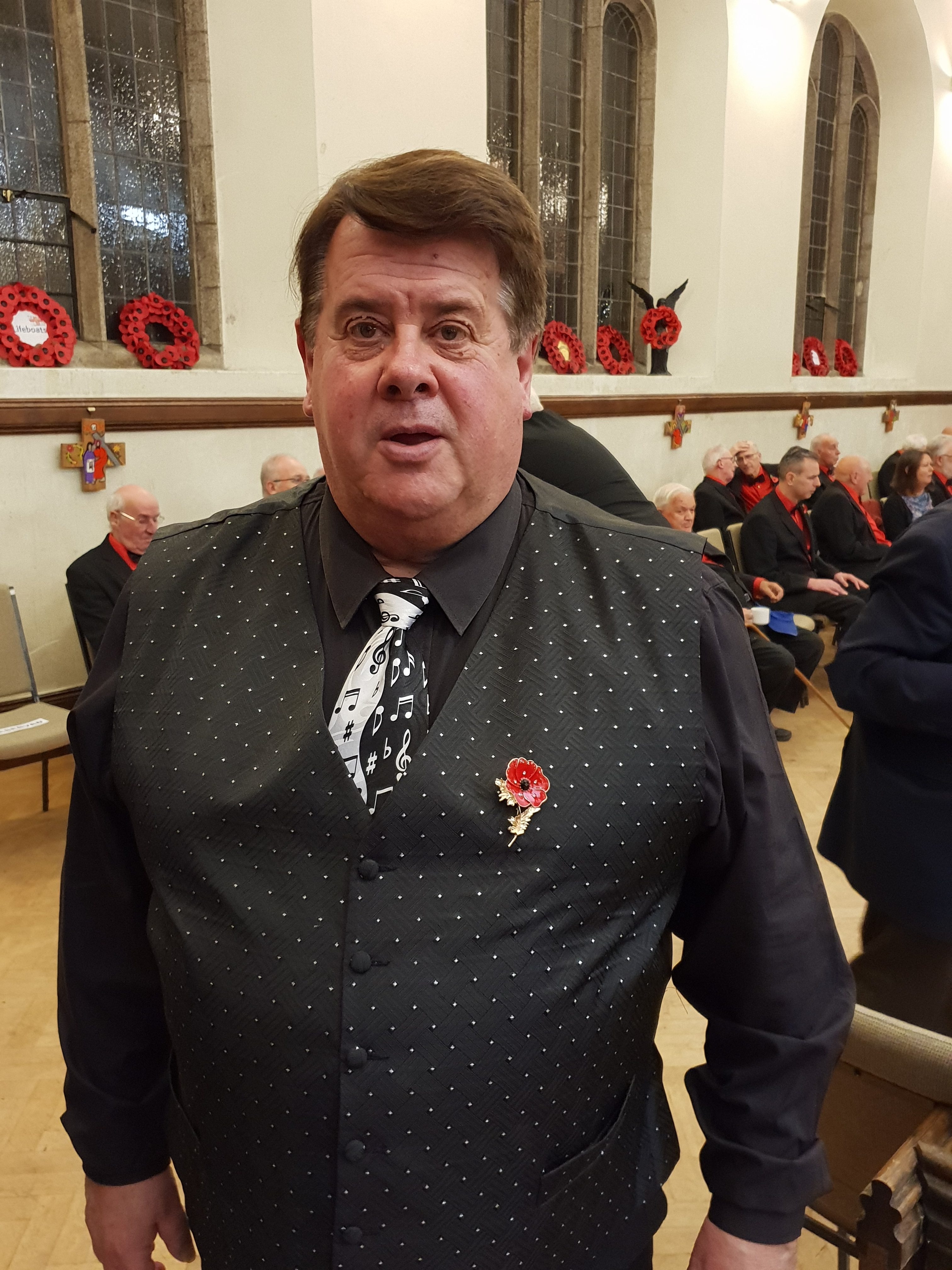 In April 2016 Newquay Male Voice Choir were delighted to appoint Richard Braebrook as their Musical Director, only the fifth MD since the choir were reformed in 1974.

Richard brings great knowledge and experience to the role of MD and he has used this, supported by a passion for choral singing and a very well-developed sense of humour, to enhance the quality of the choir’s singing and overall performance. Indeed, appropriately enough given its location, Newquay Male Voice Choir is presently ‘riding on the crest of a wave’. They are producing a refreshed, reinvigorated Newquay MVC sound which has excited and entertained very large audiences locally and further afield on recent tours to Cardiff and South Wales (2015), Yorkshire and Dorset (2016) and Swansea and the Gower (2018)

Richard’s interest and involvement in music has been something of a lifelong passion. He was born in Huddersfield and studied at the renowned Huddersfield School of Music before graduating with a vocalist’s degree from the Royal College of Music in London. He then sang with the BBC Singers and with the D’Oyly Carte Opera Company, followed by twelve years with the English National Opera. Just to scratch the surface of Richard’s CV reveals an accomplished and versatile musician who has performed on stage and in cabaret venues. He has taken leading roles in many operas and in musical theatre where, as a member of the company of Phantom of the Opera, he took a solo tenor lead in a West End production. Amongst many other prestigious accomplishments, he has sung for the Queen Mother and performed in the Café Royal in London and on P&O ships. In 1983 he was awarded first prize in the World International Singing Festival in Rio de Janeiro.

Richard was elected to be one of only four MDs who conducted the massed choir of the Cornish Federation of Male Voice Choirs in a grand charity concert held at Plymouth Pavilions in July 2016. This represents a considerable accolade within the Federation.

The choir was extremely fortunate in 2017 to acquire the services of Simone Maier, a very accomplished pianist, who has enjoyed working with MD Richard Braebrook and members of the choir and who has contributed greatly to the progress which the choir has made.

Born in a small village on the Danube in Southern Germany, she began to play the piano at the age of eight, and later studied under Catalonian Professor Jaime Padros at University in Trossingen, furthering her studies with Professor Sontraud Speidel in Karlsruhe.

As well as accompanying many orchestras in Southern Germany as Concert Pianist, she was  active as accompanist to choirs and soloists and was also repetiteur for musical and ballet performances. She has a particular passion for chamber music, and was for many years a member of the Juon Trio, and as such was able to acquire a deep and comprehensive repertoire through their many performances.

She has developed an excellent working relationship with MD and choristers, and the choir considers itself very lucky to have Simone in their ranks.